In a major boost to grassroots sports clubs in the East Midlands, Sport England has announced that 31 local sports groups have secured £1.7 million investment from its Inspired Facilities Olympic and Paralympic legacy fund.

A year on from the closing ceremony of the London 2012 Olympics, Sport England has also committed an additional £40 million National Lottery funding to extent the hugely popular legacy fund until 2017.

The latest investments will bring big improvements to local facilities, from new playing surfaces to floodlights and better changing rooms.

Chairman of Leicester-Shire & Rutland Sport, Andy Reed, said; "Sport England's Inspired Facilities funding is a great way local clubs / community groups can access funding to improve their sporting facilities for local communities and build on the Olympic and Paralympic legacy. Since 2011 over 32 local clubs/organisations have been successful in receiving £1.7 million of funding, making significant improvements to local sporting facilities".

Among the 31 projects in the East Midlands celebrating today is Rutland Sailing Club which has been awarded £50,000 to renovate its changing facilities to make the club more accessible for young people and school groups.

Howard Nelson from Rutland Sailing Club said: "We were delighted to receive the lottery funding from Sport England. The refurbishment of the changing rooms means that more young people and school groups can learn to sail. The investment will help us to deliver a real Olympic legacy for Rutland."

Sport England Chair Nick Bitel said: "A year on from the Olympics, it's inspiring to see how our investment is transforming sporting facilities in hundreds of communities. The great news for sports clubs across the country is that we're putting an extra £40 million into Inspired Facilities so many more projects will benefit in the coming years."

Minister for Sport Hugh Robertson said: "This £40 million injection of National Lottery funding will be a huge boost to local sports facilities across the country. Coming a year on from hosting the London 2012 Games it demonstrates our commitment to a tangible and long lasting sports legacy. The Inspired Facilities fund has been a massive success and by extending it to 2017 it will help encourage many more people to get involved in community sport."

Today's announcement means that 1,361 grassroots sports facilities have now benefitted in the two years since Inspired Facilities was launched, with a total of £69.9 million invested. This week many of those facilities in the area are offering free sports sessions to local people to celebrate the National Lottery backing they've received from Sport England.

Leicester-Shire & Rutland Sport offer a support service to local clubs/organisations wishing to make an application to Round 5 of this funding .

There will be a workshop at SportPark at Loughborough University on Wednesday 25th September from 6:30pm – 8:30pm for clubs to find out more about the fund and receive guidance regarding their application. For further information contact Leicester-Shire & Rutland Sport on 01509 564888. 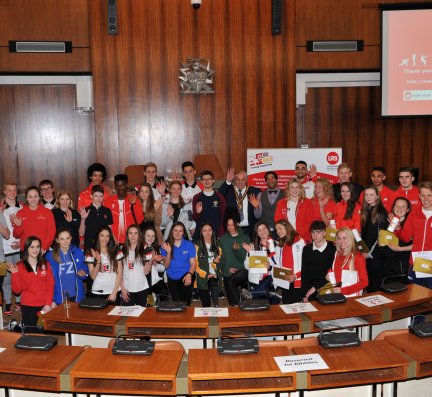 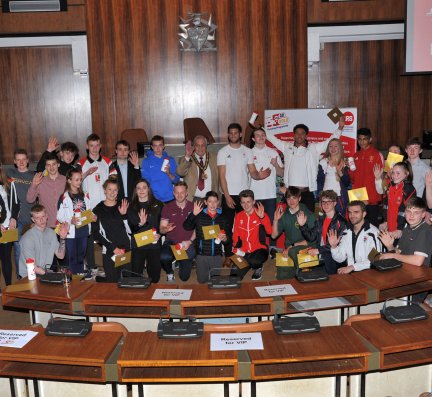